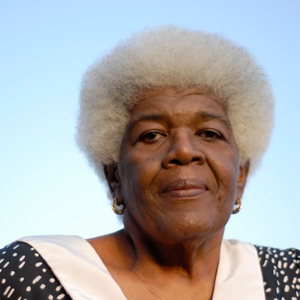 LaVera Lynch Brown (b.1931) was born and raised in Pittsburgh. She attended the University of Pittsburgh (PITT), but left to pursue a career in New York City.  She married Albert Brown in 1958 and they moved back to Pittsburgh in 1965. The Brown’s had five children.

Ms. Brown worked in a variety of jobs until 1970 when she became assistant director of The Reading is Fundamental program at the Urban League of Pittsburgh. She climbed the proverbial ladder of success at the Urban League.  During the decade 1985-1994, she then served as Director of Volunteer Services at the United Way. She became a leader in the field of volunteerism at the local, state and national levels. After retiring from the United Way, Ms. Brown served as executive director the NAACP in Pittsburgh.

Ms. Brown became the first African American president of the YWCA of Greater Pittsburgh in 1978. She was also the first employed woman to serve as president of the YWCA. After she was elected president, many black women would say to her “we really didn’t feel welcome until you were elected” (Brown, 2011). She led the organization to strive for the national one imperative to eliminate racism wherever it exists and by any means necessary.  Black women had always been involved in YWCA activities, but the became more involved in the policy making end of it under her leadership.

In 1979, there was a resurgence of Ku Klux Klan (KKK) activity in the Pittsburgh area. Brenda Frazier, chair of the Pennsylvania NOW anti-racism committee, approached Ms. Brown to develop a coalition to counter the Klan activity. They became co-chairs of the Committee to Counter the Klan, later named the Committee to Counter Hate Groups, which was active in some form until 2002. With a loosely organized coalition of over 50 groups, they staged several large rallies in the region to counter rallies organized by hate groups. They also organized a Network of Neighbors to assist homeowners or businesses targeted by the KKK to ensure they had support and the community knew they had support. As President of the YWCA, Ms. Brown participated in several NOW conferences to pursue the organizations mutual interests in combating racism.